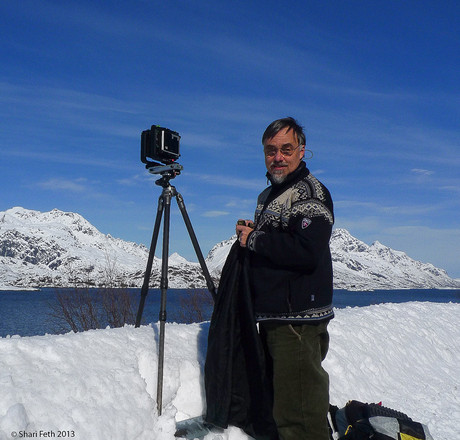 Arne Cröll was born in Germany in 1957. Around 1981, he took up photography as a serious interest, initially both color (slides) and black and white in 35mm. Since 1991, however, he concentrates on silver-based black and white photography for his personal images. He predominantly uses film with traditional view cameras (4x5" to 8x10"), mostly for landscapes, but also medium format and occasionally 35mm. All his b/w images are handcrafted by him in his darkroom on silver gelatin papers. Initially self-taught in photography, he honed his craft in workshops with Peter Gasser, Zone VI workshops, Linhof, John Sexton (several), and Michael A. Smith and Paula Chamlee. Occasionally, for a few color images where black and white imagery is not appropriate, he now uses a digital camera.

He is a material scientist by profession, having studied Mineralogy at the University of Freiburg in Germany, followed by a Ph.D. in Crystallography in 1988. In 1998 he moved to Huntsville, AL, where he worked at NASA Marshall Space Flight Center on a joint German-US project. In April 2000 he took a position as Associate Professor for Electronic Materials at the Freiberg University of Mining and Technology in Freiberg/Saxony, Germany and since the end of 2003 he was again in Freiburg working as Professor of Crystallography. He presently is on an extended leave to Huntsville, AL, and works on crystal growth of semiconductor materials as a a Principal Research Scientist of the University of Alabama in Huntsville at the NASA Marshall Space Flight Center.


The "Crystalscapes" gallery shown on this site was done with a microscope on 35mm film and shows patterns found in his scientific samples. In that series, his professional and photographic interests play off of each other.

All b/w images shown in the galleries are either scans or photos of actual prints.
If interested in prints or in reproduction rights, please use the contact page on this web site.